No items found.
Post a featured job
Product is not available in this quantity.
Post an NFT job 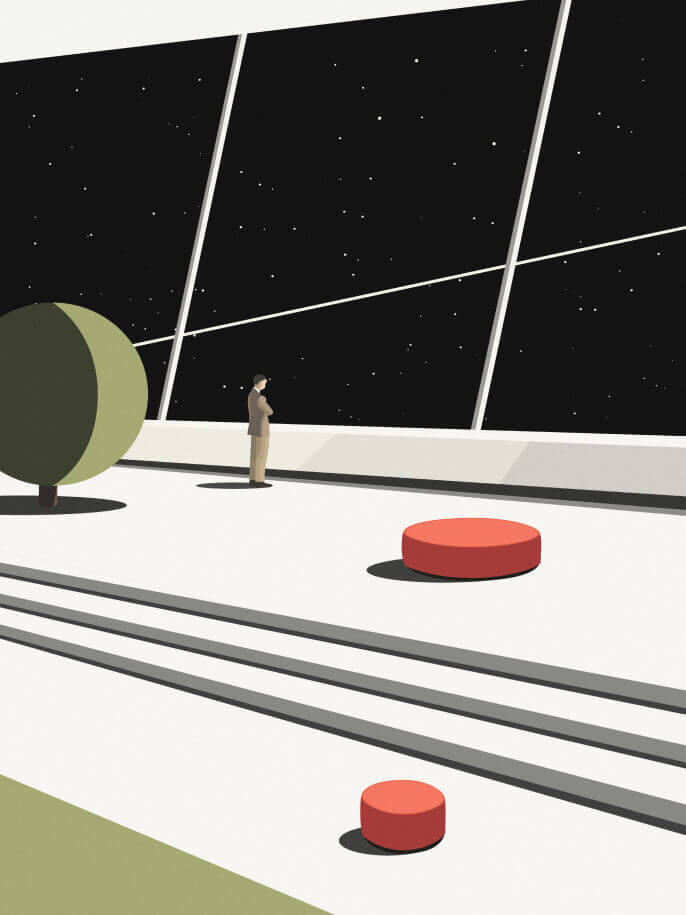 Decentralized Autonomous Organization (DAO): Everything You Need to Know

Have you ever imagined a world governed by code scripts instead of actual human beings? Well, a DAO is close to that.

With the overwhelming and undying hype of NFTs and cryptocurrencies, new buzzwords appear now and then. Along with Metaverse and Web3, DAO is making rounds among crypto enthusiasts. Like NFTs and Web3 weren't a new concept, DAO is also an old idea given a new life with millions of dollars in consumer cash looking for the next significant investment. But what exactly is DAO? This article will explain everything about DAO, so read on.

What are NFTs: How They Work and Why They're a Game Changer

What Is Web3, And Why Is Everyone Talking About It?

How to Invest In The Metaverse: An In-depth Guide

What is a DAO?

Have you ever imagined a world governed by code scripts instead of actual human beings? Well, a DAO is close to that. DAO or Decentralized Autonomous Organization is a blockchain-based entity without any central leadership. Unlike your everyday organizations, the community members make decisions from the bottom-up instead of a Top Management Team. The rules are set in smart contracts signed by the members who collectively take part in policy and decision-making in the organization.

DAOs can serve various purposes without hierarchical management—for example, charity organizations, freelance networks, or venture capital firms. But before we dive deeper, it is essential to distinguish present-day DAOs from The DAO, the first of such organizations ever created.

Launched back in April 2016, the DAO was an early version of the present decentralized organizations. It was based on open-source code and acted as a venture capital fund without the typical management structure or board of directors. The vision behind DAO was to eliminate the chances of human error or the manipulation of investor funds by automating the decision-making process. Built on the Ethereum network, using the DAO, investors could send money anonymously from anywhere in the world. They would then reward the investors with tokens that could be used for voting on future projects. The DAO was also not affiliated with any nation to achieve complete decentralization.

The DAO was seen as a revolutionary project that raised more than $150 million in funds through a month-long token crowd sale. The DAO token owners could either profit from the company dividends or make money from the increasing price of tokens. But a few days into the token sale, a bug was discovered in the DAO smart contract code that attackers could have exploited to drain all the funds. The attacker took advantage of the governance proposal to fix the bug and drained over $60 million ETH from the organization's wallet.

Why do We Need DAOs?

Compared with traditional organizations, DAOs have various advantages as an internet-native community. One significant advantage is blockchain's trustless feature that is applicable in DAOs. While in conventional organizations, investors need to trust the people running them, in DAOs, investors only need to trust the code. The code is easy to trust because it is publicly available, verifiable, and is tested extensively by developers before launching it on the blockchain. The DAO can not take action without the community's approval, making it transparent.

The best thing about decentralized autonomous organizations is the lack of a hierarchical structure. Even without a management team, DAOs have proven to complete tasks and grow under the control of stakeholders. This allows creative freedom in the community to develop innovative ideas that the whole group will consider by voting upon. In addition to the smart contracts' pre-written rules, DAOs can also settle internal disputes quickly with voting. DAOs also allow investors to invest in the early stages of startups and decentralized projects to share profits and losses out of them.

How do DAOs work?

As already mentioned, DAO's decisions are taken in a bottom-up approach by the investors and contributors. Out of various participating methods in a DAO, owning the project's tokens is common. Smart contracts form the backbone of a DAO, which are nothing but lines of code programmed to execute upon fulfillment of set criteria. Although developers first wrote smart contracts in Ethereum, several blockchains support the deployment of smart contracts nowadays.

These smart contracts establish the rules of a DAO and are highly visible, verifiable, and publicly auditable as all transactions are recorded publicly by the blockchain. Once uploaded on the blockchain, DAOs can only change the protocols through the majority voting of the stakeholders. The calculation of majority votes is specified in the smart contracts, and it varies from DAO to DAO.

Steps of Launching a DAO

Usually, there are three steps for launching a DAO:

1. Creating Smart Contracts: The first and most important step of launching a DAO is creating the smart contract behind the DAO. Usually, an experienced developer or a group of developers write and extensively test the contracts to ensure no important detail is overlooked. Extensive testing is essential because after launching the smart contract on a blockchain, its rule can only be changed through the governance system.

2. Funding: After creating smart contracts, the DAO needs to decide on receiving funding and enacting governance. One of the most used raising funds is selling tokens that give holders the right to vote in the DAO's decision-making process.

How to Get Involved?

The first step is to find a suitable project and figure out the core functionality of each DAO. For example, in DAOs focused on technical governance, the voting rights and proposals at stake are substantial. Certain DAOs compensate freelancers for contributing to ad hoc projects. Some DAOs focus more on treasury pooling and allocation rather than governance of technical aspects.

While levels of participation vary, there are various ways to get involved with a DAO. You can earn by participating in the governance of the project, you can join multiple DAO discords and get compensated for your contribution to their projects, and you can even invest in DAO tokens of your choice. It is totally up to you how involved you want to be.

Some DAOs to Check Out

In September 2020, the Uniswap development team launched their governance token for creating an autonomous decentralized exchange. The release of the UNI token gave the community a say over the development and management of the project, changing the organization's governance structure. Holders of UNI tokens can vote on the development proposals that impact the future of the Uniswap protocol.

More than 1 billion UNI tokens have been distributed among core contributors such as the development team, community members, advisors, and investors. Before UNI, the sole responsibility of making decisions for Uniswap was on the development team. But after the governance was transferred to the community, the entire Uniswap network can contribute to its growth.

Like Uniswap, Aave is a DeFi protocol that has adopted a decentralized governance system where community members can actively contribute to its development and management. The AAVE token was introduced to distribute the voting power to Aave platform users. Users holding the AAVE or stkAAVE (staked AAVE) can participate in the project's governance process.

The initial version of community governance was not fully decentralized as only the Aave development team had the power to submit proposals. In December 2020, Aave activated an updated version of their protocol that allowed all AAVE and stkAAVE holders to submit proposals. Every token holder was also granted dual voting rights, which allowed them to delegate voting and propose rights separately. For example, one AAVE holder can delegate his proposing rights to another community member and still use his voting rights when the proposal is up for a vote.

MakerDAO is among the first DeFi projects that adopted and encouraged on-chain governance. For handing the voting rights to the community members, MakerDAO launched MKR as its governance token. Although only one million MKR tokens were minted initially, MKR doesn't have a fixed supply like most governance tokens. The minting and burning of MKR tokens depend on the ecosystem's debt status. New tokens are minted when the MakerDAO protocol does not have enough resources to cover its debt. Likewise, when there is a surplus of resources, MKR tokens get burned.

After proposals are created on SushiSawp Community Forum, the voting process is moved to Snapshot's decentralized and gas-free voting dashboard. But for a proposal to move for voting, it has to gain enough traction in the community forum. Users need to hold the governance token SUSHI to become eligible voters.

Unlike all the protocols we discussed so far, Decred is a complete blockchain. Its governance is directly related to the consensus used to validate transactions on the blockchain. The Decred blockchain uses a hybrid of proof-of-work and proof-of-stake consensus. For voting, users need to timelock their DCR coin and purchase tickets that users can use for both on-chain and off-chain voting.

In Decred's on-chain voting system, randomly, five tickets are selected for reviewing the latest block added by miners. The block would need a majority vote ( three or more) out of the five tickets to be declared a valid block. After the voting is done, the DCR and proof-of-stake reward is returned to the owner.

As stated earlier, smart contracts are the backbone of these decentralized autonomous organizations. They are ultimately written by humans and can have loopholes and exploitable bugs. DAOs are a new implementation of blockchain technology and have received much criticism on its legality, security, and structure. Logically speaking, it can be considered a bad idea to trust the masses with an organization's financial decisions. The DAO's exploit in 2016 also revealed that the flaws in smart contracts become hard to fix even if they are spotted.

DAOs can be distributed worldwide, making it hard to bind them in any particular legal framework. If any legal issues arise, the involved members would have to deal with various regional laws and fight a complicated legal battle. For example, in 2017, the United States Securities and Exchange Commission issued that The DAO sold securities without prior authorization, violating the country's security laws.

All DAOs are not created in the same way. DAOs may differ in their structure and representation, apart from the general concept of decentralized governance. Every DAO has its way of handling security issues and regulatory scrutiny that reflects the interests and values of its community. With globalization, we can connect with people worldwide faster and more profoundly. Eventually, the current organizational models will become obsolete, and DAOs will represent a paradigm shift in businesses worldwide. DAOs are faster and more efficient than present entity formations in connecting with more people worldwide. It is imperative for existing legal structures to formally recognize DAOs and the unique features it brings to the table to move forward. DAOs are the answer to our evolution into a decentralized society from our highly centralized society. 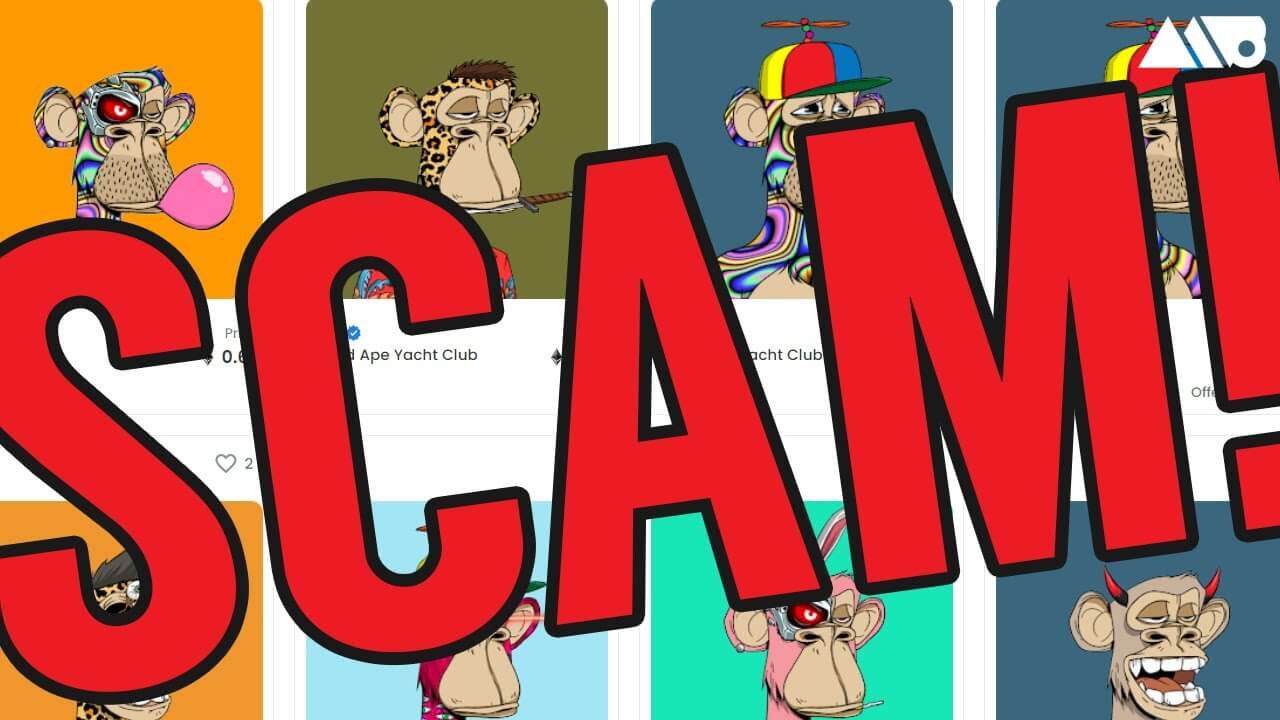 NFT Counterfeit and Scams: Things You Need To Be Aware Of 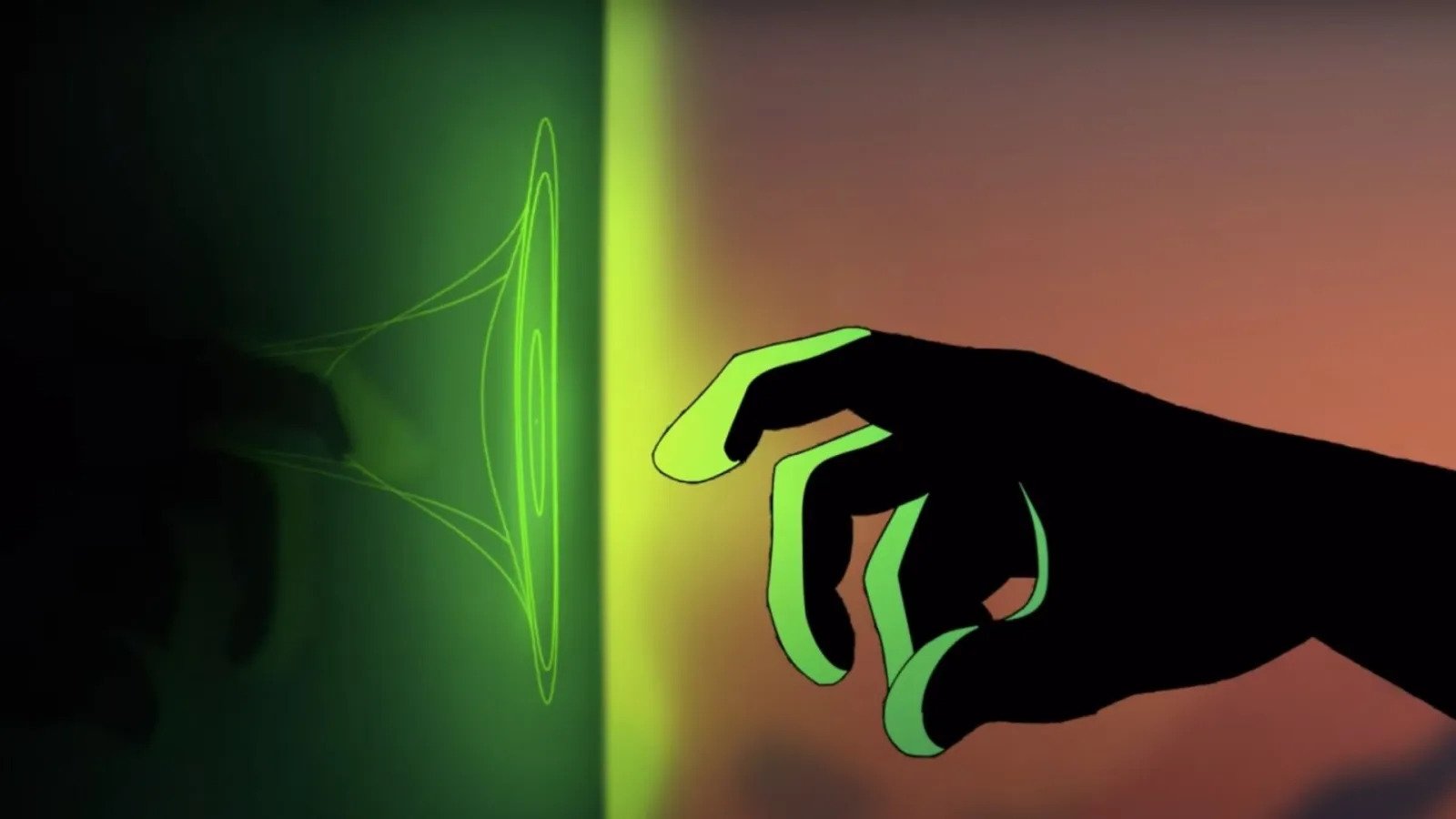 Robinhood's NFT & Crypto Wallet - Everything You Need to Know 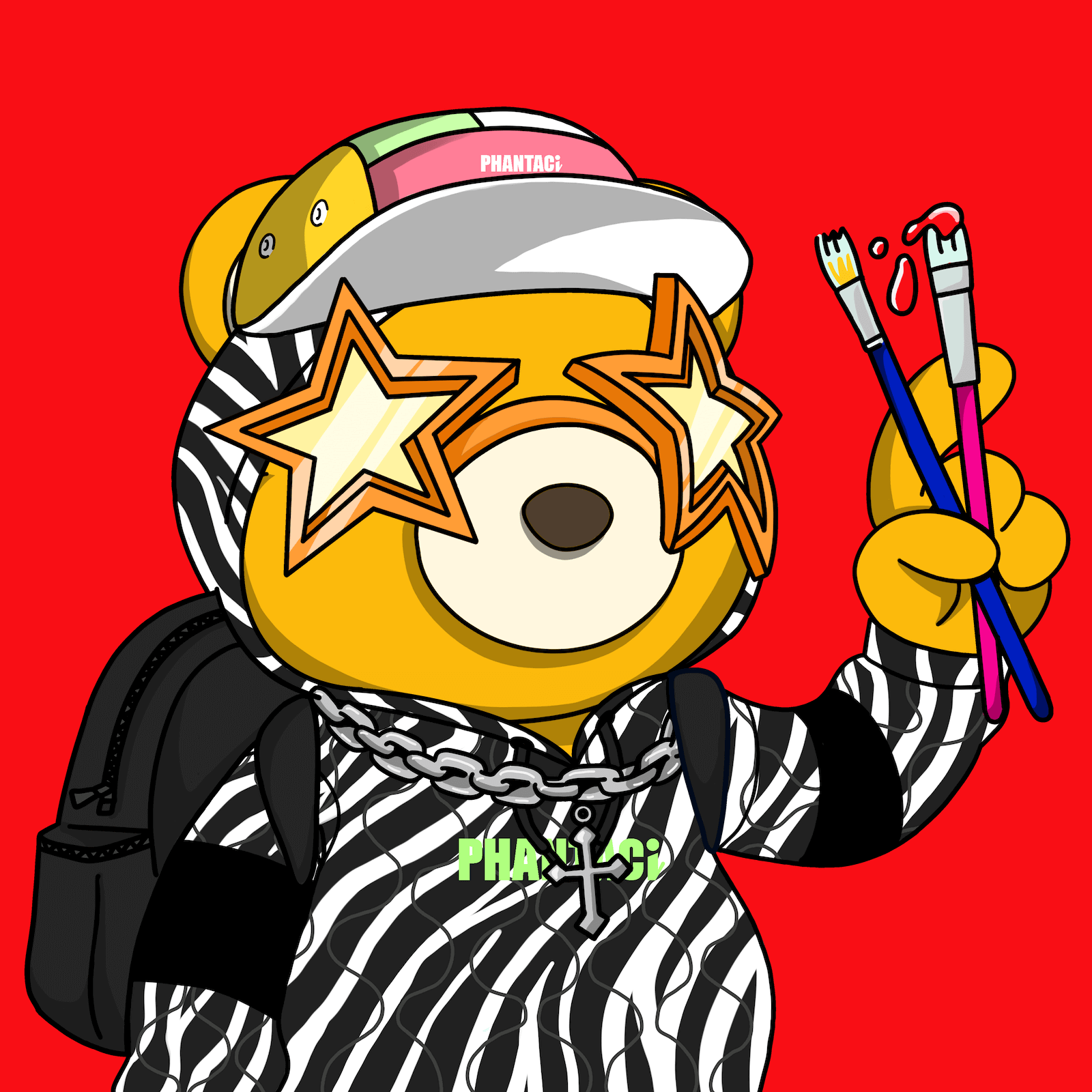 7 NFT Tools You Need to Trade Like a Pro

Get maximum exposure from the leading talent in the industry. You'll be featured on the web and in our emails for all your NFT jobs.